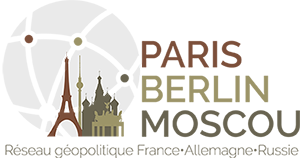 Euro-Défense
by admipbm
The 8 and 9 September was organised in Arcachon (France) the first summer university of the Defence organised by the President of the Commission of the Defence in the French National Assembly, Mr. Guy Teissier. The debate between the some 200 military officers, representatives from industry and specialists of this domain, has concentrated itself on the European questions and gave place, according to the Figaro (10/09/03), to the "eternal debates between Atlantistes and 'autonomistes'". The Polish representative was sharply criticised by certain representatives from industry for the investments by his country in the American Joined Strike Fighter. The representatives from industry criticised the fact that this company had obtained more than five billion dollars of European investments. Stressing that these are crucial choices for our future strategic independence, Mr Teissier proposed to tax the countries buying outside Europe in order to finance the European research, that currently enjoys five times less resources than its American counterpart.
Beyond this meeting, one can be interested in the state of mind of the French authorities almost five months after the common declaration from the 29 of April in Brussels with Germany, Belgium and the Luxembourg wishing the development of a European Common Defence.
A first aspect can be seen in the Artémis mission in Ituri (Congo) that was, from June to the end of August, the first military mission of the European Union outside Europe, on mandate of the UNO and under French commandment. Michèle Alliot-Marie, the French Minister for Defence, stressed (Figaro, 02/09/03) the success of this mission and the rapidity with which it was built: "The capacity for military action by the Union is not a project anymore, it affirms itself more and more as a reality". Mrs Alliot-Marie also evoked the Concordia mission that since March, 31 relayed the Nato in Macedonia, as well as the possibility of a European stabilisation force in Bosnia at the beginning of the coming year.

One can get a better vision of the French position through the interventions of the Minister for Foreign Affairs Dominique De Villepin and the President of the Republic Jacques Chirac at the eleventh conference of the French ambassadors on the 28 and 29 August. Three principal elements can be noted.

The European Security and Defence Policy (ESDP): a priority

Mr Chirac and de Villepin have both considered the development of a common foreign and defence policy as one of the priorities of the French diplomacy. For Mr De Villepin, "the Union must give itself the means of its strategic autonomy and assume fully its collective responsibilities in the prevention of conflicts and the regulation of crises, (...) it must consider itself as a major player of the world system". Thus France seems to maintain its will for a European integration in the field of defence.

The Minister for Foreign Affairs also reminded that "all the States are invited to participate in the necessary reinforcement of the ESDP", thus calling her European partners. It must be noted that in fact France is somehow isolated in that the partners of the declaration from the 29 of April, Germany, Belgium and the Luxembourg, did not yet increase their military capacities in order to be able in the future to direct an European force. Apart from Great Britain, that last February in Le Touquet admitted the necessity to reinforce the military capacities but is reluctant to the idea of a European defence autonomous from Nato, France is for the moment the only country to be able to be a "framework nation" for an European military operation such as the one in Ituri.

The domain of the defence also sees other French propositions as Mrs Alliot-Marie suggested on September 11 the creation of a working group on the feasability of a future European force of policemen, a group that could bring together, apart from France, Spain, Italy, the Netherlands and Portugal. One can suppose that this initiative also participates to a French attempt to come out from its relative diplomatic isolation in Europe.

The relation with the USA: "differences" but still a fundamental link

A second important element lies in the relations with the United States and the Nato. Mr De Villepin indicated "that between Europe and the United States, there are differences, it would be vain to deny it. But on the essential, the western democracies remain united and associated". The common declaration of the 29 of April indicated that "the transatlantic partnership remains a fundamental strategic priority for Europe"; at the conference of the ambassadors, Mr Chirac reminded that the "transatlantic link, the partnership between Europe and the United States, our first ally, constitute a fundamental element of the security of the world."

For what regards the Nato, the Quartet indicated on the 29 of April: "We understand our engagements in the Atlantic Alliance and in the European Union as complementary ones." In front of the French ambassadors, Mr Chirac stressed at the end of August that "to represent the European Union and the Nato in rivalry makes no sense." On September 2nd, the Minister for Defence confirmed to the German newspaper Die Welt that "what we wish to realise is a complementarity, not a competition." In the continuation of the declaration of the 29 of April, the French diplomacy makes itself reconciling. The marked oppositions of the Iraqi crisis are put into perspective in the more general framework of the transatlantic relations preceding it.

Luc de Barochez (Figaro, 30-31/08/03) notes that the President of the Republic had, in an "appeasement will", "erased of his speech all that could provoke the American diplomacy". This should however not be perceived as a step back. Mr De Villepin stressed that "there is not on the one hand power and on the other weakness (...). It is in the interest of the United States to share the risks with Europe, and therefore the responsibilities. It is in the interest of Europe to endow itself with the means necessary to the concrete translation of its political vision. (...) Has not the moment come to base a new Euroamerican partnership on a transatlantic Charter?" Thus the will for a diplomatic Europe on the international scene is clearly asserted and, through this, is announced a new era in the relations with the United States. For Mrs Alliot-Marie, "the Americans must recognise that the world is based on several centres of power, which all merit the respect." (Die Welt, 04/09/2003)

A hand stretched out to Great Britain

A last point must be stressed about the French diplomatic position as it appears at the conference of the French ambassadors: the opening towards the United Kingdom. Dominique de Villepin stressed that, apart from the common declaration of the 29 of April, "other suggestions were advanced by our partners, notably the United Kingdom". He reminded that "it is evident that the United Kingdom, which played since the Summit of Saint Malo (1998) a major role in this direction, has a special contribution to bring in this domain", an appreciation in which he was followed by the President of the Republic. The reference of the latter to the preparation in France for the centenary of the Entente Cordiale is equally revealing the French will to relaunch the Franco-British dialog and to stretch the hand to Great Britain so that it involves itself alongside its continental neighbours in the construction of a European defence.
It is also in this meaning that the meeting between Mr Schröder, Chirac and Blair that took place Saturday September, 20 in Berlin can be analysed. As Alexandre Adler indicated in the Figaro (18/09/2003), defence is one of the fields where Paris and Berlin as much as London have to win from a European cooperation. After the meeting, Mr Blair declared: "We can see today that the European defence is used, practised if one can say, in certain parts of the world", a reference to the success of Artémis in Congo and to the presence in Macedonia. He then added: "I think that everybody believes we need to go ahead, carry this process, while recognising that the European defence and the Nato are not opposed concepts", thus joining the common press message that stressed that "all the theses, according to which the ESDP could be directed against Nato, are absurd." Thus the British Prime Minister rallied to the suggestion of a European defence autonomous from Nato and accepted the possibility that it be created through reinforced cooperation, i.e. without all the members of the European Union, even if a disagreement persists about the final location of the future general headquarter of the Union. For what regards the size of this general headquarter, a capacity of 40 to 50 officers was evoked. France would have, according to the German newspaper Frankfurter Allgemeine Zeitung (23/09/2003), accepted to take part in the rapid intervention force of the Nato as well as the possibility for the Nato to reinforce its presence outside Europe, including in Iraq. Most of the British, German and French newspapers noted the "breakthrough" that this "Entente Cordiale" on the future of the ESDP represents (Süddeutsche Zeitung, Said Welt, Financial Times, The World, Figaro). Despite the persistence of dissension on the Iraqi question, the German newspaper Die Welt(22/09/2003) already announces that the deep ditch between the Europeans seems filled in. In any case, the result of the meeting relaunches the common declaration of the 29 of April and somehow brings France out from its diplomatic isolation some days before the opening of the Intergovernmental Conference that should adopt a constitutional text for Europe.
Christian Klipfel, september 2003
Previous Story

A European Security concept for the 21st ...